Brooks & Dunn are getting the band back together, and the band now includes Kane Brown. A new recording of “Believe” just dropped that features the country newcomer on the legendary duo’s most gospel-inspired track.

“Believe” was released in 2005 as the second single from Brooks & Dunn’s Hillbilly Deluxe album. The CMA Award winner is an all-time great vocal performance from one of country music’s all-time best vocalists. Ronnie Dunn patiently works through a story about a young boy coming to grips with the passage of time, death and the hand of God.

This new version featuring Brown stays true to the original, but is a definite reboot. That’s the theme across the new music Brooks & Dunn will be releasing soon. Details of their new Reboot album surfaced on Thursday. In addition to songs with Brown, Kix Brooks and Dunn have cut tracks with Kacey Musgraves, Thomas Rhett, Cody Johnson and Brett Young. The official track list and release date have not yet been announced.

The first two songs from the Reboot album dropped early Friday (Feb. 8), with a Luke Combs version of “Brand New Man” being the other. That should come as no surprise to the newcomers fans, as he shared some B&D love on socials and was retweeted by the duo with the #Reboot. Combs has made “Brand New Man” a staple of his live show for years.

Brooks & Dunn have several concert dates scheduled for 2019 including a June stop at Taste of Country Festival in Hunter, N.Y. and an August slot at WE Fest in Detroit Lakes, Minn.

Your Guide to Inauguration Day (and How to Watch It)

Former Lucky’s Location to Become Vaccination Site For Phase 1B 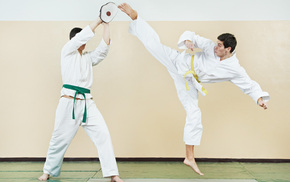