President Donald Trump has been impeached for the second time.

On Wednesday (January 13), the members of the House voted on a single article of impeachment which accused Trump of “incitement of insurrection.” The votes follows the harrowing January 6 attack on the United States Capitol building, in which a mob of Trump supporters invaded the Capitol in an effort to derail the certification of Joe Biden’s 2020 election win.

Trump is now the first president in American history to be impeached twice. Trump was first impeached for abuse of power in December 2019 but was acquitted of the two articles against him in early 2020. Trump took office on Jan 20, 2017.

So, what’s next? This motion will now move to the Senate for an official trial. The House will select representatives to act as the prosecutors while the Senate acts as the jury. A 2/3 vote from the Senate is needed to officially convict him. If Trump is convicted, he will be removed from office and can never run for president again. This decision is final and can not be appealed.

This story is developing…

See all of the celebrity reactions, below.

I didn’t even know you could be impeached twice. I thought it was like dying

The only president in history to be impeached twice. A suitably ignominious end to this term and a well deserved legacy. Dare I say, perhaps too much winning, if anything.

Mood when the President is being impeached AGAIN: pic.twitter.com/GMdylpbv7d

What an exhausting, sickening, distracting waste of 4 years.

Thank you @RepSpeier, and all of your colleagues who likewise voted for accountability. It matters. Democracy is worth it. Our republic is worth it. https://t.co/WV8VPmih39

I hope the sequel has a better ending than the first one. #Impeachment2

This is the "gritty reboot" impeachment.

Stars Who Voted for Donald Trump in 2020

Chance of a few snow showers 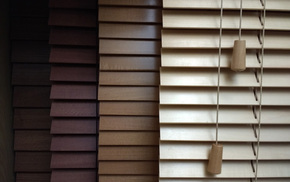